For as long as I can remember, I have had bouts of depression accompanied with suicidal tendencies. I always believed it to be only situational depression. I thought, “If you had my life you would be depressed too.”

I have been diagnosed with most of the common mental illnesses; ADD, ADHD, PTSD – you name it! Not until after the age of 50 though did I really pay attention to any of them.

One afternoon while driving to my business partner’s house, I had a full-blown panic attack. At that time I did not know what was happening. I just knew that to me it seemed there was no reason that I could put a finger on, fear had just consumed me.

My life on the outside was perfect, or so I thought. I was fifteen years clean and sober, I had a successful business, and a beautiful girlfriend but out of the blue… BAM!I was terrified, with no explanation.

I was popular in the twelve step rooms, I was liked, loved and respected by my peers and considered a positive upbeat man. Most would have not considered me a negative person at all. 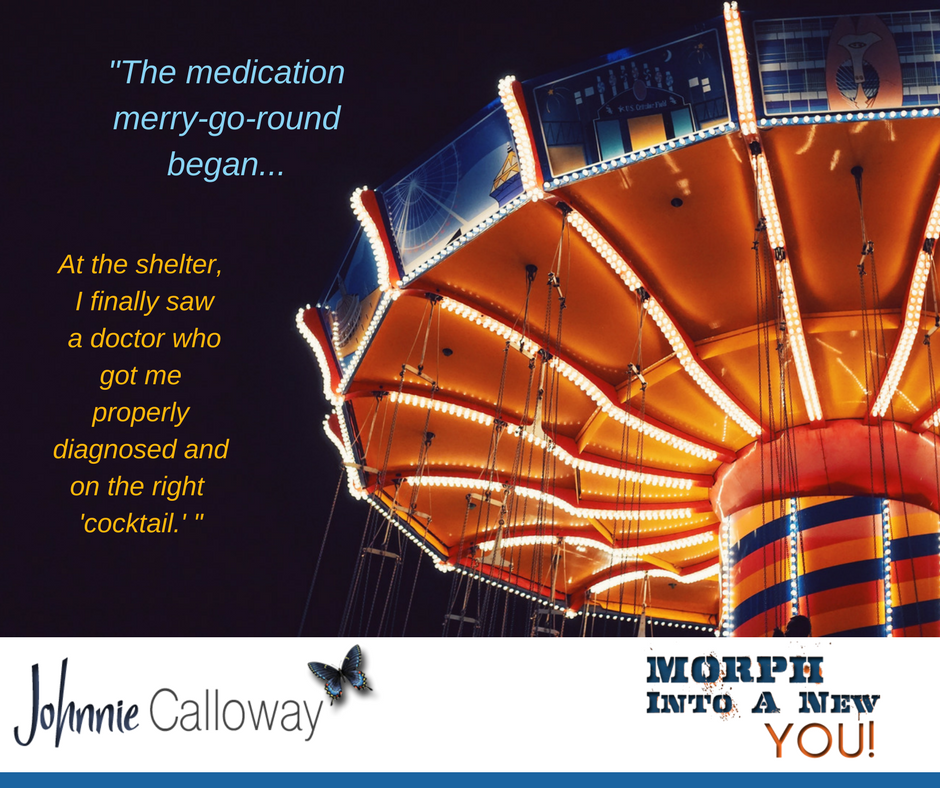 In every practical way I had no reason to be afraid or depressed. After the first panic attack, the fear of another began to frequently bring on others. The more of them I had, the more afraid of them I became and the more they continued.

Soon after, sleep became impossible. Along with sleep deprivation, the downward spiral was happening faster than I could keep up with. The depression and suicidal ideations seemed inescapable.

I needed something to blame this paralyzing fear on. The girlfriend was the target. With no logic behind it at all I convinced myself that she would never stay around. The co-dependency behind such a fear is beyond humiliating. It is actually incomprehensibly demoralizing. I had enough twelve step work and therapy behind me to know my fears were irrational. Still, the ability to control them was beyond me. I felt weak, helpless and hopeless. A man without hope is truly lost.

A few months into the nightmare, I went to see a psychiatrist. The medication merry-go- round began. We simply could not find the right ‘cocktail.’ In just a short while I seemed to have lost everything; the business, the girlfriend, a place to live, absolutely EVERYTHING.

First came the mental hospital, then seven ECTs (Electroconvulsive Therapy) and then off to the homeless shelter. To this day I cannot say if the ECTs helped or not but I do know the time at the shelter did.

At the shelter, I finally saw a doctor who got me properly diagnosed and on the right ‘cocktail.’ The diagnosis was Bipolar II. The right medication brought me to the beginning of my taking back control of my own mind. The real work was what followed, changing my self-talk & internal dialogue.